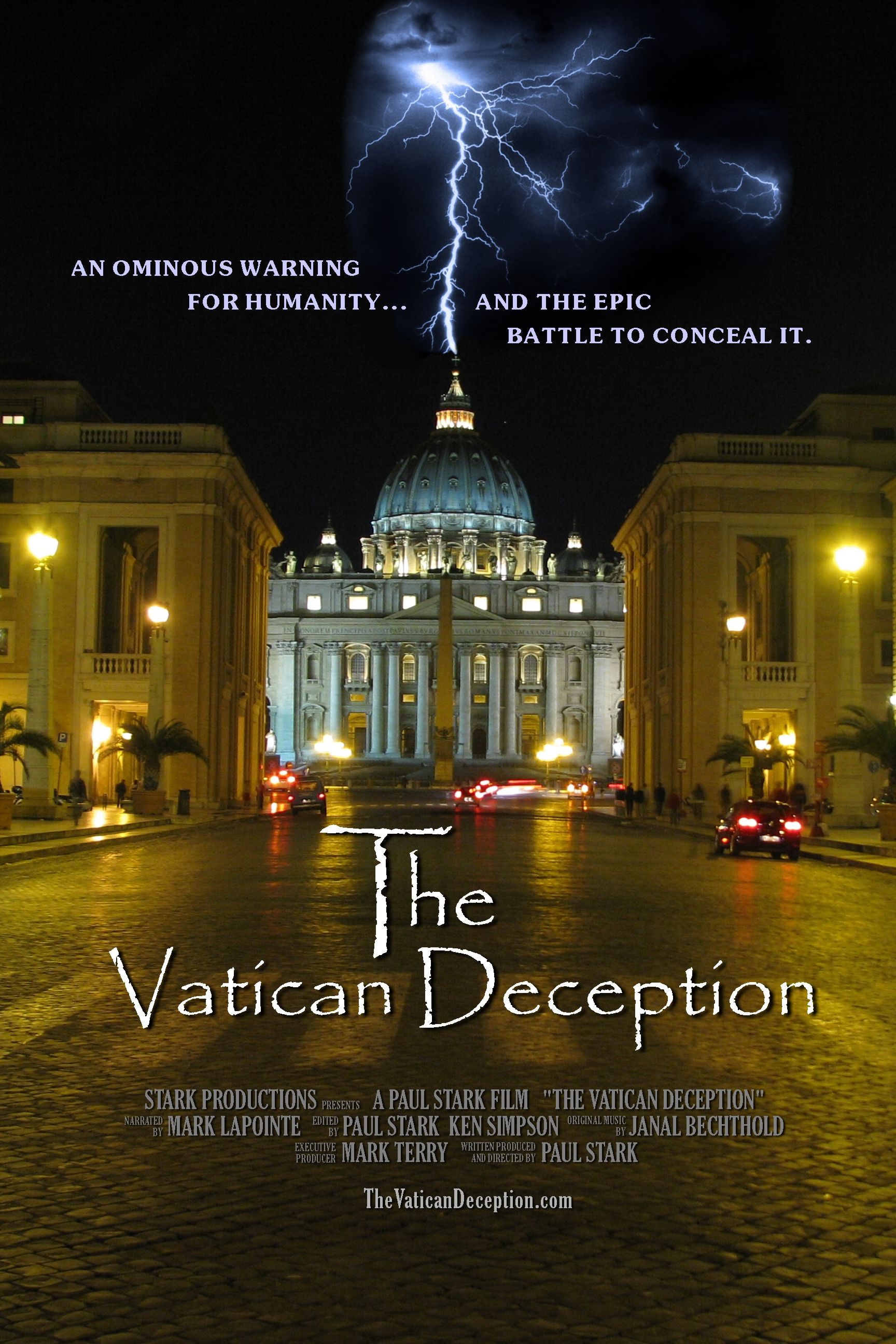 The award-winning team of Producer Mark Terry and Director Paul Stark brings you THE VATICAN DECEPTION – a feature documentary that examines several controversial prophecies and why many believe they are at the heart of the most significant cover-up in the Vatican’s history.

Several prophecies were reported by three children to have been revealed by the Blessed Virgin Mary in Fatima, Portugal, during a series of apparitions that took place at the height of World War I. According to the children, the Virgin announced the end of the Great War, and what followed was a miraculous turn of events that led to the historic armistice of November 11, 1918.

The prophecy of greatest interest involves an instruction for the Pope to consecrate Russia – a five-minute prayer that would stave off a global apocalypse. Fatima scholars argue that the consecration of Russia has been attempted by several Popes, but never fulfilled as instructed by the prophecy. While countless stories continue to develope about Russia in the media, the Vatican remains strangely evasive about the Russian consecration.

On June 26, 2000, the Vatican published what is known as the Third Secret of Fatima. The document contains a mysterious vision with apocalyptic themes, and a reference to a missing text that has been conspicuously guarded by the Vatican since 1957.

The Vatican is suggesting there is nothing more to publish; however, evidence to the contrary has appeared in recent years. Key questions remain unanswered, contradictions are surfacing between Popes and Bishops, and evidence regarding manipulation of truth is emerging day by day.

"He deceives himself who thinks the prophetic mission of Fatima is concluded," according to a statement made by Pope Benedict XVI.

Amidst these testimonies lies an incredible story of incalculable human tragedy, and hope for a peaceful future. Join us as we take you on a remarkable journey to Rome and around the world to reveal the hidden truths behind the ominous prophecies, and why they are considered by millions to be humanity's final hope.